An important recent addition to the Gerth Archives and Special Collections are the digitized campaign materials of Wilson C. Riles' successful run for Superintendent of Public Instruction for the State of California in 1970. Riles (1917-1999) was the first African American elected to statewide office in California. He served three terms in the position from 1970 to 1982. 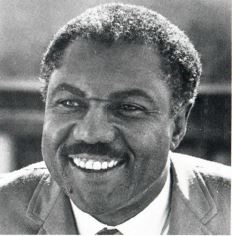 Riles overcame disadvantageous circumstances to put himself in a position to run for office. He was born in 1917 as an only child in a sawmill camp in rural Louisiana and orphaned at an early age. His church raised money to send him to McDonogh High School in New Orleans, but he later moved to northern Arizona to live with relatives in sawmill camps, eventually attending Arizona State Teacher's College (renamed in 1966 to Northern Arizona University), and obtaining his Bachelor of Arts in Education.

His first teaching jobs in the early '40s were at a single-room schoolhouse in a rural Arizona logging camp, where he made $900 a year, and later at the Dunbar School for Blacks in Flagstaff from 1941 to 1944, and as teacher/principal from 1947 to 1954, serving in the U.S. Army Air Corps during the intervening period. When Brown v. Board of Education made segregation illegal in 1954, the Dunbar School shuttered its doors. Riles then worked as Executive Secretary of the Pacific Coast region of the Fellowship for Reconciliation, and later the California Department of Education. His career in governance evolved throughout the 1960s, and by the time of his 1970 run for Superintendent, he had earned an Honorary Doctorate of Law degree from Pepperdine University, and was serving as the chairman of President Richard Nixon's Task Force on Urban Education, successfully managing a 100 million dollar program to raise the academic achievement of children from low income families.

The newly digitized campaign materials are an extension of the Dorman L. Commons Collection. Commons was an executive of the Occidental Petroleum Corporation as well as Riles' campaign manager, in which capacity he amassed comprehensive documentation of the campaign from various points of view. Included are Commons' notes and correspondence on budgetary matters, personnel management, and campaign tactics, targeting especially the incumbent Superintendent at the time, Max Rafferty, who was accused of running aggressive 'smear' campaigns against Riles during the canvassing process. In this vein the materials offer an in depth look at the practical as well as racial, social, and political sides of running for a major office during this era.

More broadly, the collection reflects changes and new focal points in the public educational system stemming from the civil rights movement, including heightened interest in social reform and civil liberties, the war on drugs in urban schools, and equal representation. In his 1970 statement of intent to run for office, Riles says, "Our children are far too intelligent to be satisfied with being passive receptacles into which we pour knowledge. They should be involved as active participants in their own education." His objectives for office included building school-community partnerships, addressing drug abuse and student unrest, bolstering finances for public schools, supporting emergent pedagogies that prioritized social tolerance, and emphasizing the importance of elementary education.

Riles recognized the significance of historic preservation and founded the Wilson Riles Archives and Institute for Education in Sacramento, which served as a resource for the history of public education in California. The digitization of this project was funded by the Mervyn M. Dymally African American Political and Economic Institute (MDAAPEI) which is a non-partisan public policy center at California State University, Dominguez Hills. It was part of the 2019/20 Mervyn Dymally Faculty Research Grant Awards. This collection complements Riles' materials held by archives at California State University, Sacramento, and Riles' alma mater Northern Arizona University. 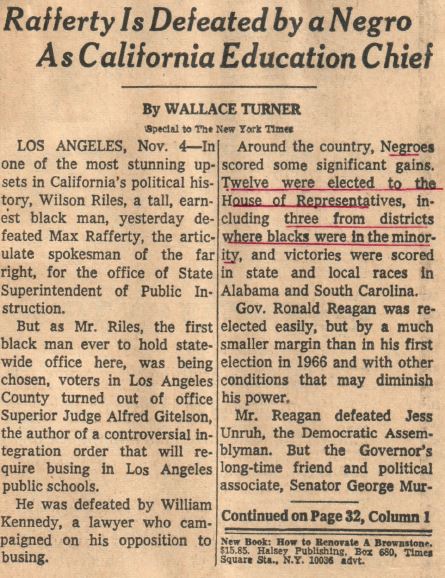 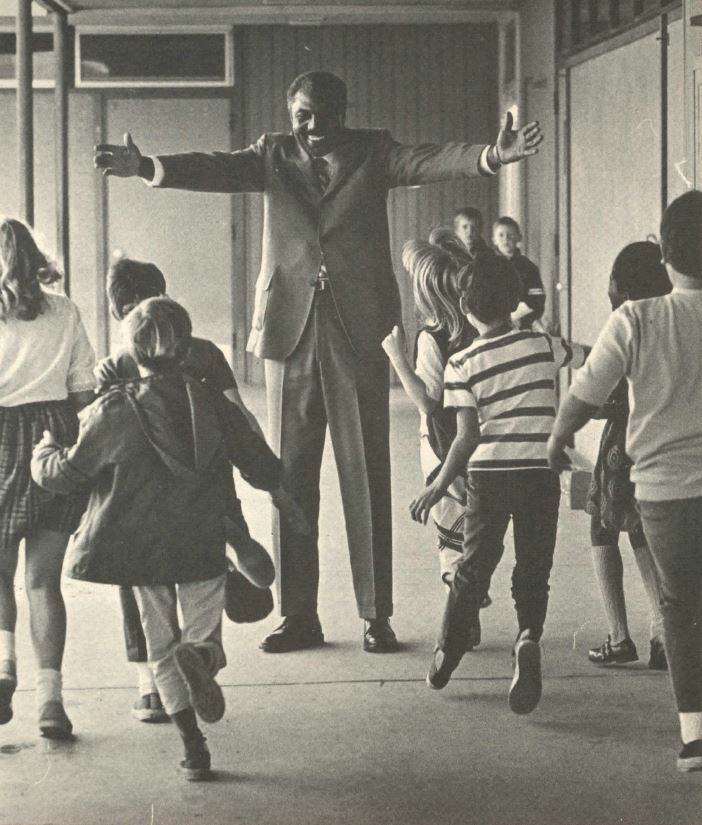