Early professional photograph of Griffith Dickenson (G. D) Compton and wife Emily. Compton led original group of 30 families to settle in what is now Compton in 1867. Photograph is undated. 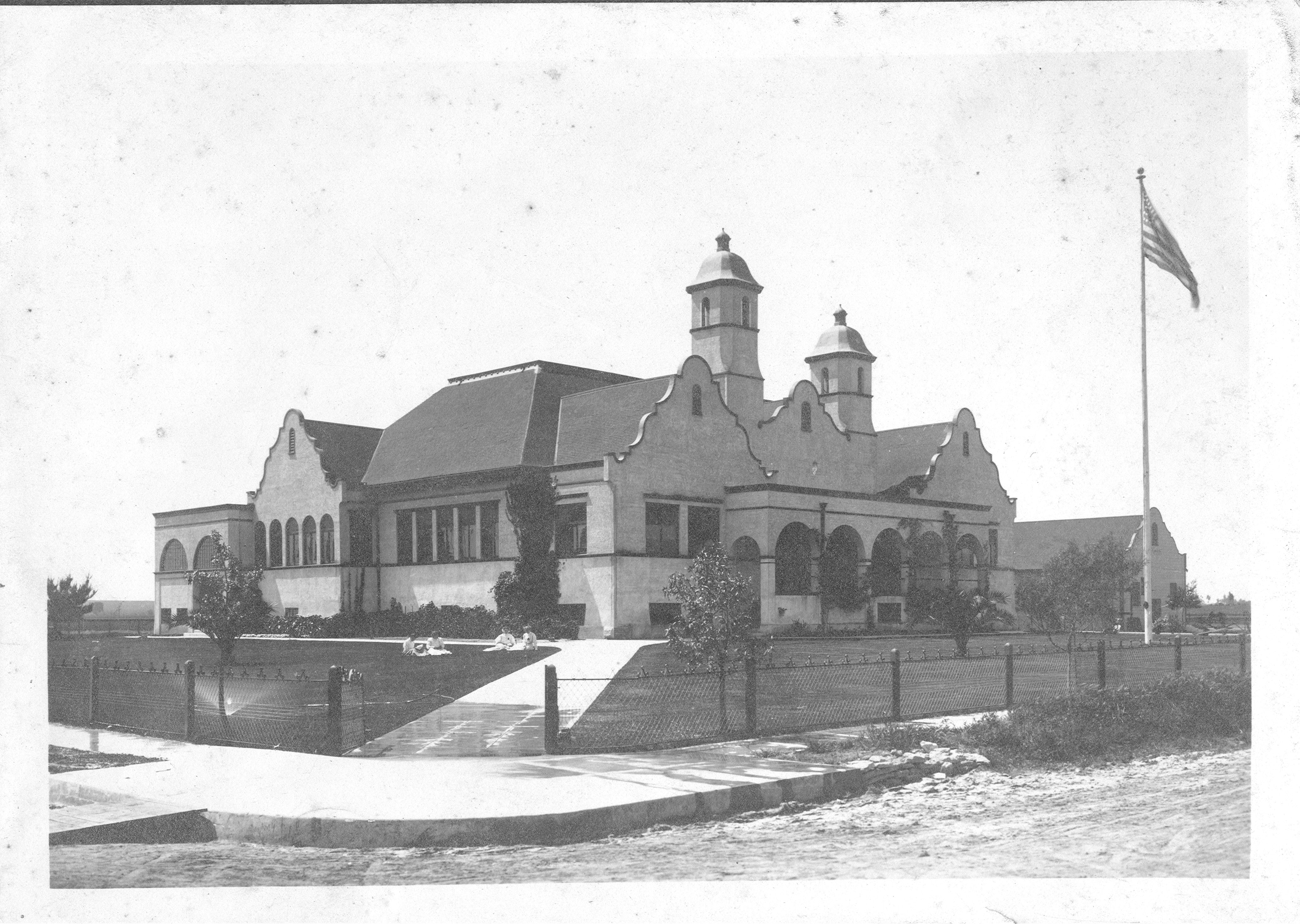 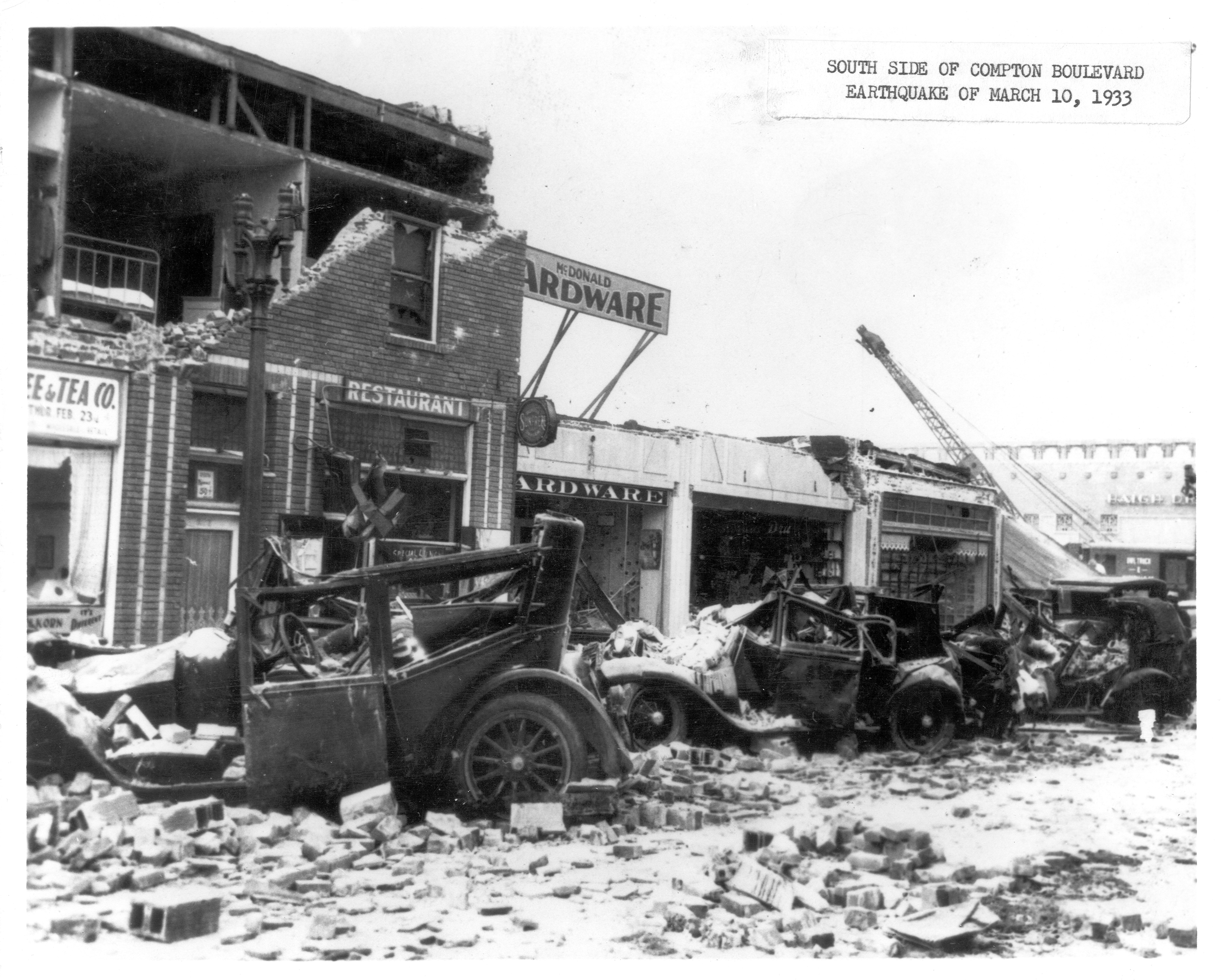 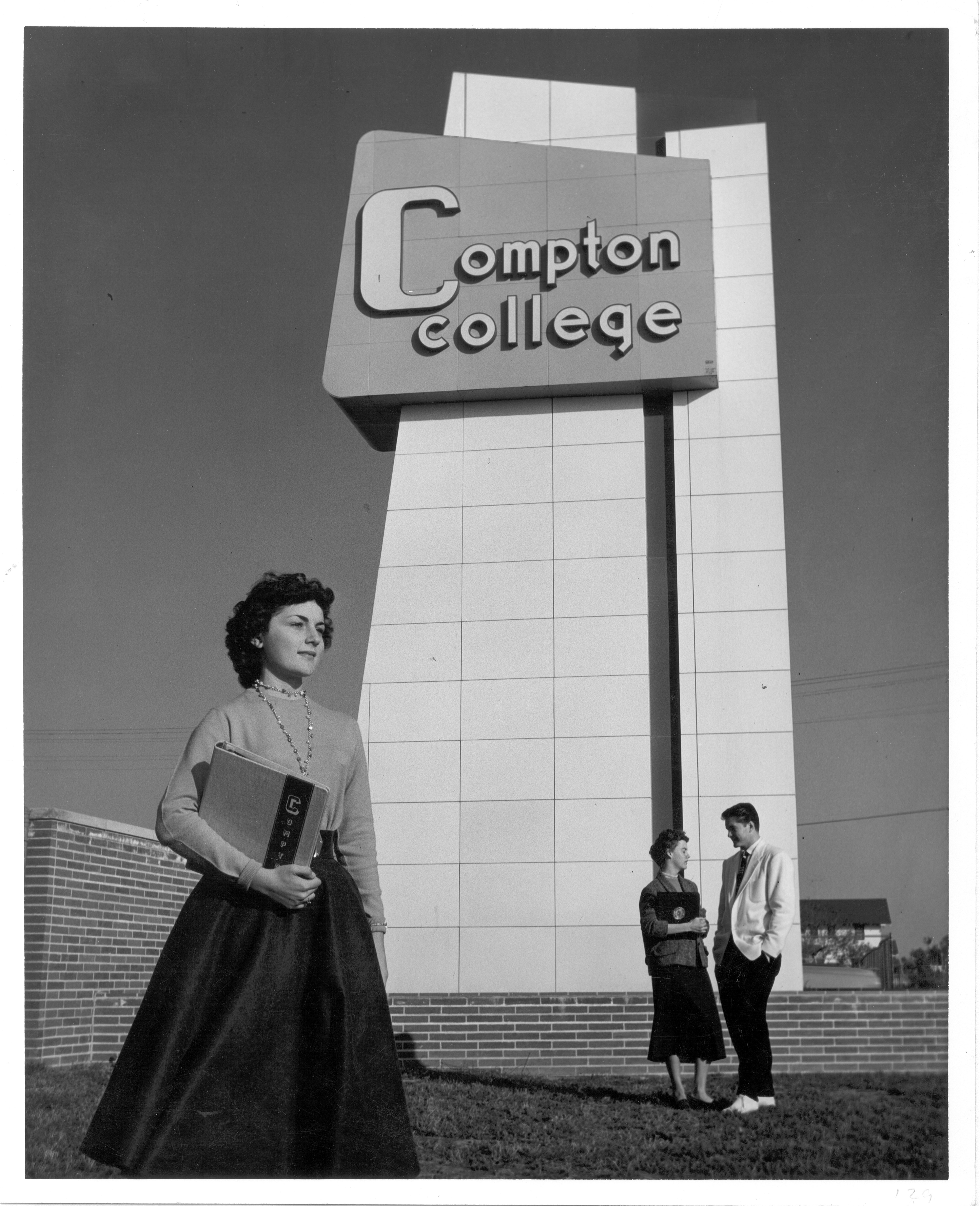 Students stand in front of Compton College campus bell tower and campus sign in the 1950s.

These collections contain documents related to the history of Compton, California, founded on land formerly of the historic Rancho San Pedro. In 1866, Francis Temple and Fielding Gibson purchased a tract of land north of the Dominguez homestead. This land, known as the Temple and Gibson Tract, was subdivided and lots were purchased by Harmon Higgins in 1866 and a group of pioneers led by G.D. Compton in 1867. The city was first incorporated in 1888 and again in 1909, with Clarence Dickison as mayor. In 1969, Compton elected its first African-American mayor, Douglas Dollarhide.

The Robert C. Gillingham Working Papers Collection is the only collection that bears his name, but much of the material for all of the collections shown here was gathered by Gillingham. A longtime Compton resident, teacher, and historian, he documented much of the history of the South Bay, and authored The Rancho San Pedro, thus far the only large-scale history of this historic region.

These collections represent the the interests of Gillingham, as well as the information that may have been available to him at the time.  They document the founding of Compton and the early decades of its development, with primary interest on government, churches, schools, and businesses. While invaluable, these materials cannot give a complete picture of the rich, diverse life of the city of Compton. There are gaps and silences regarding individuals and populations that have thrived in Compton, including African American, Latinx, and Japanese American.

The Gerth Archives and Special Collections is committed to collecting and promoting materials that address those persons and communities absent in the above Compton Collections. Please consider the collections listed below, as well as the Related Materials page, in your research.