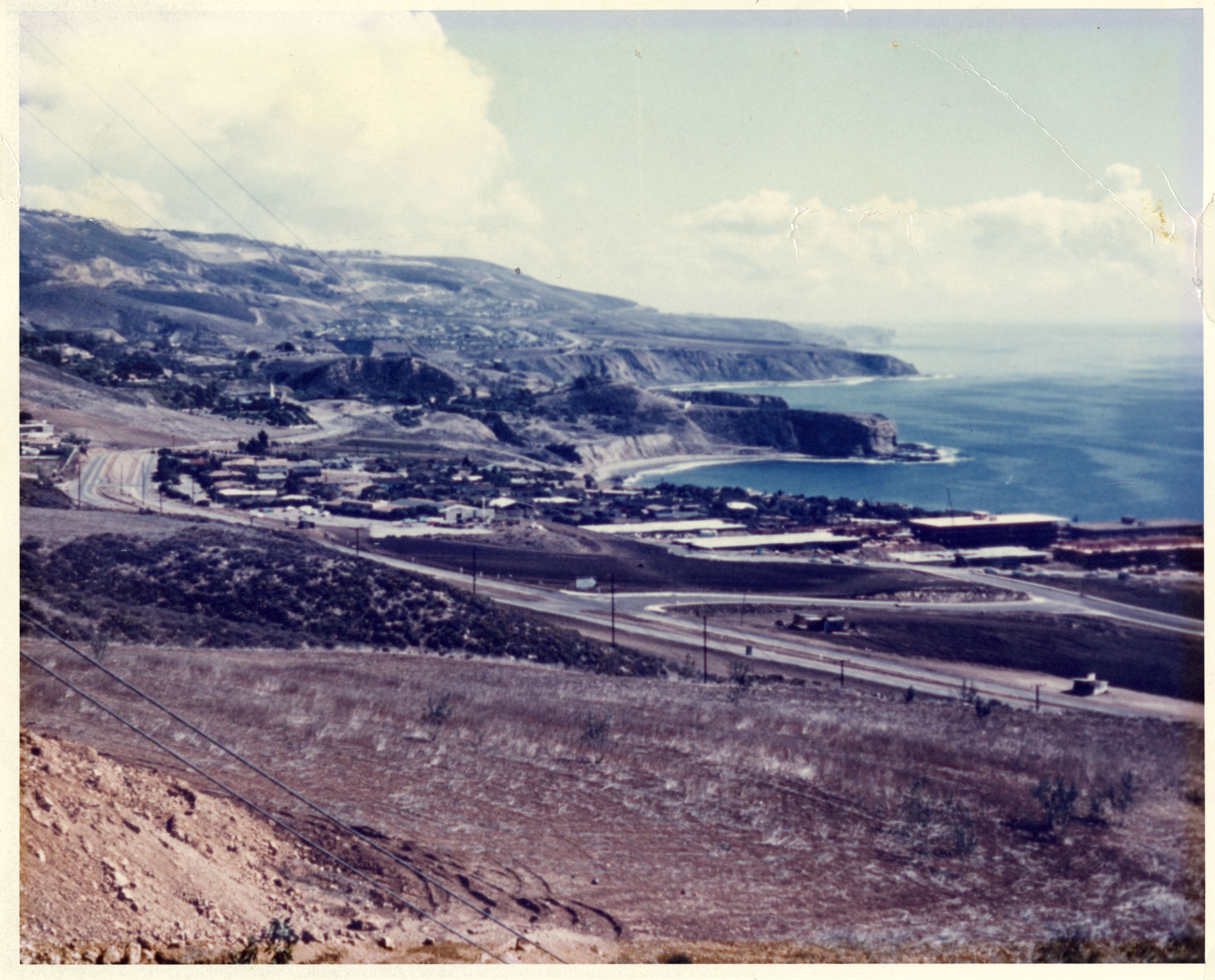 With 1960 Charter to establish South Bay State College, Board of Trustees looked to Palos Verdes as site. Site on Palos Verdes Peninsula was approved and college name changed to California State College at Palos Verdes. Plan was later abandoned. Site shown around 1964. 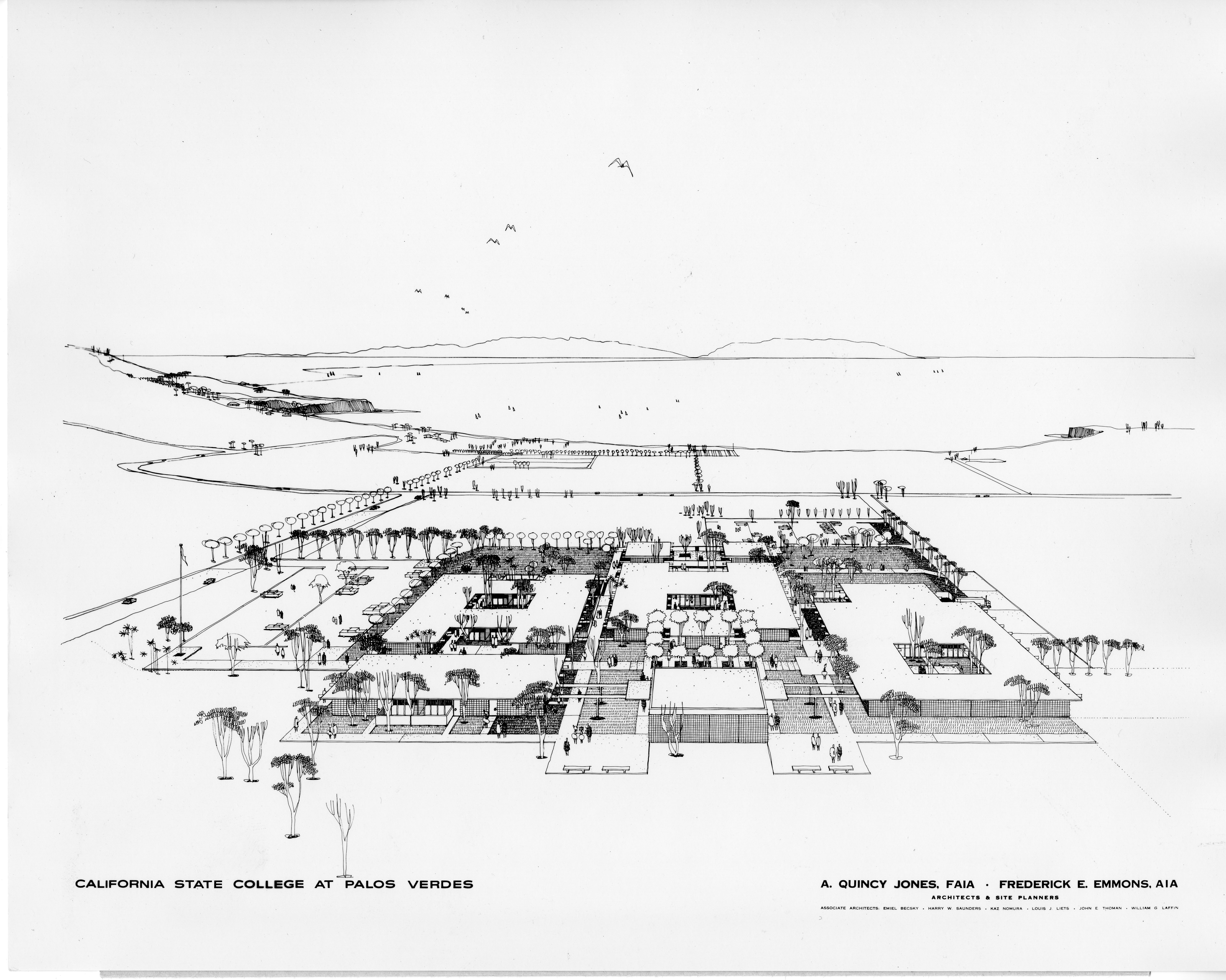 Campus architect A. Quincy Jones's 1964 sketch for a campus on Palos Verdes Peninsula was scrapped when plans for a Palos Verdes campus were abandoned. However, many elements of the Master Plan were incorporated into Jones's design for the Dominguez Hills campus. 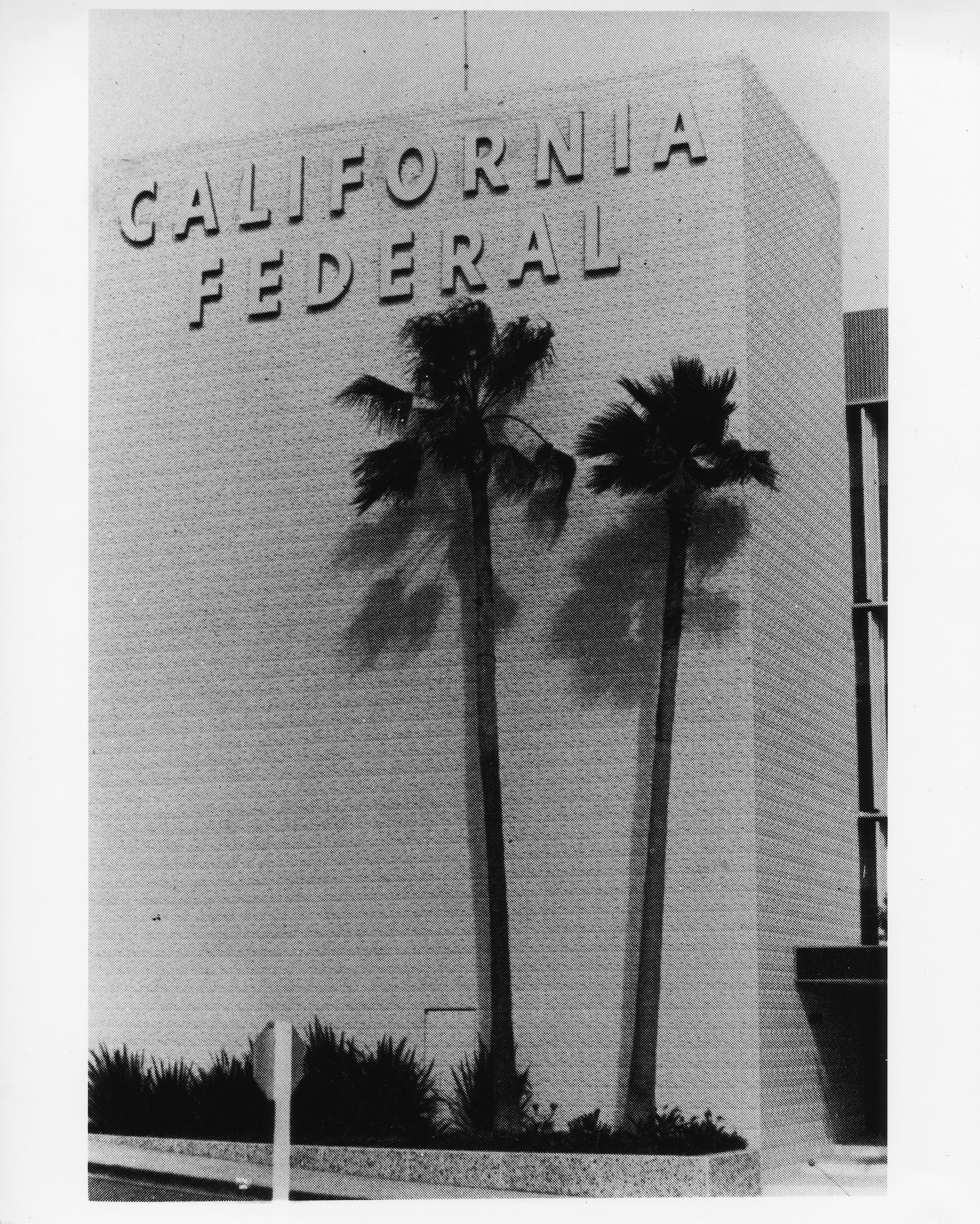 While fate of Palos Verdes campus was determined, first classes held in California Federal Bank in nearby Rolling Hills, shown around 1965 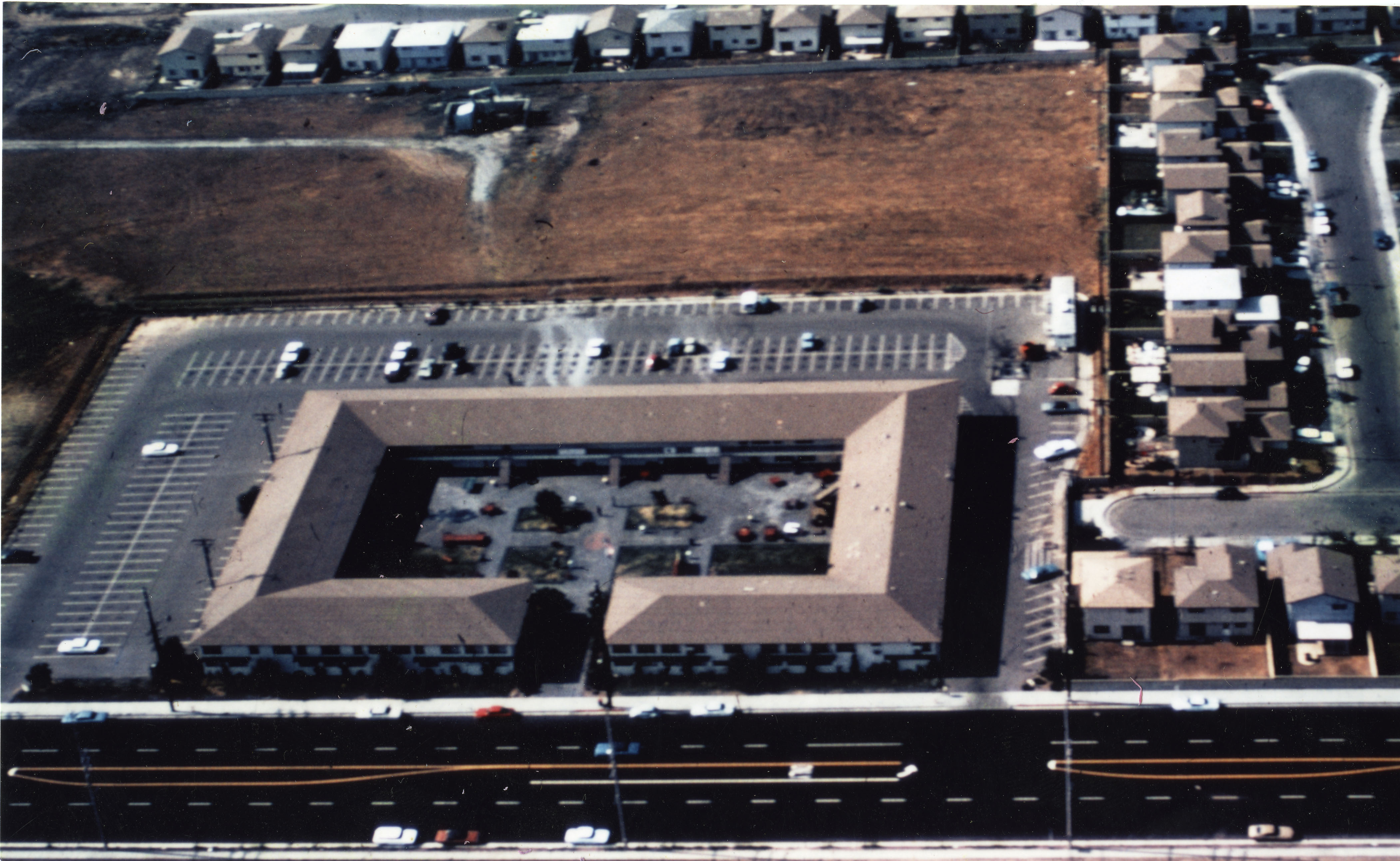 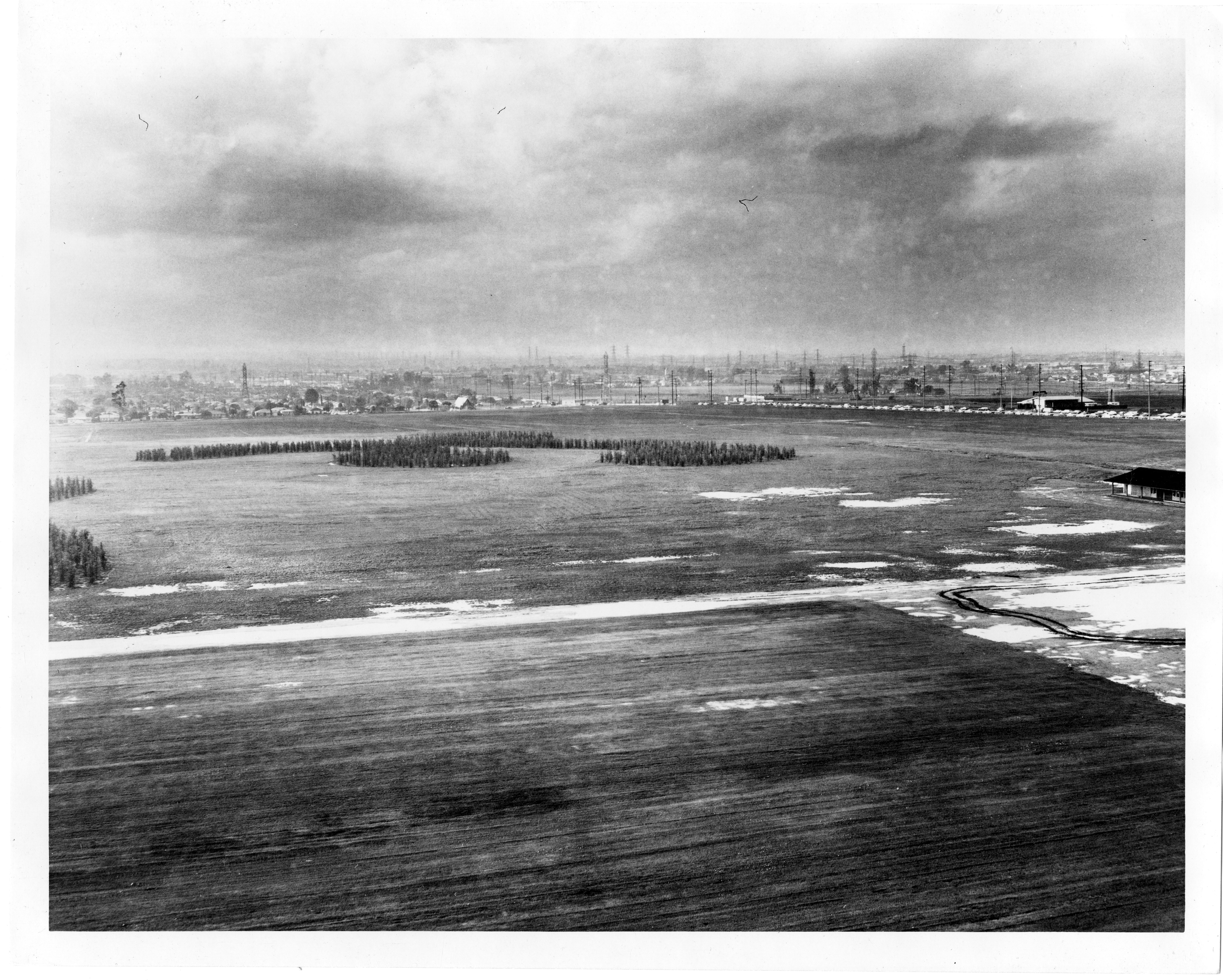 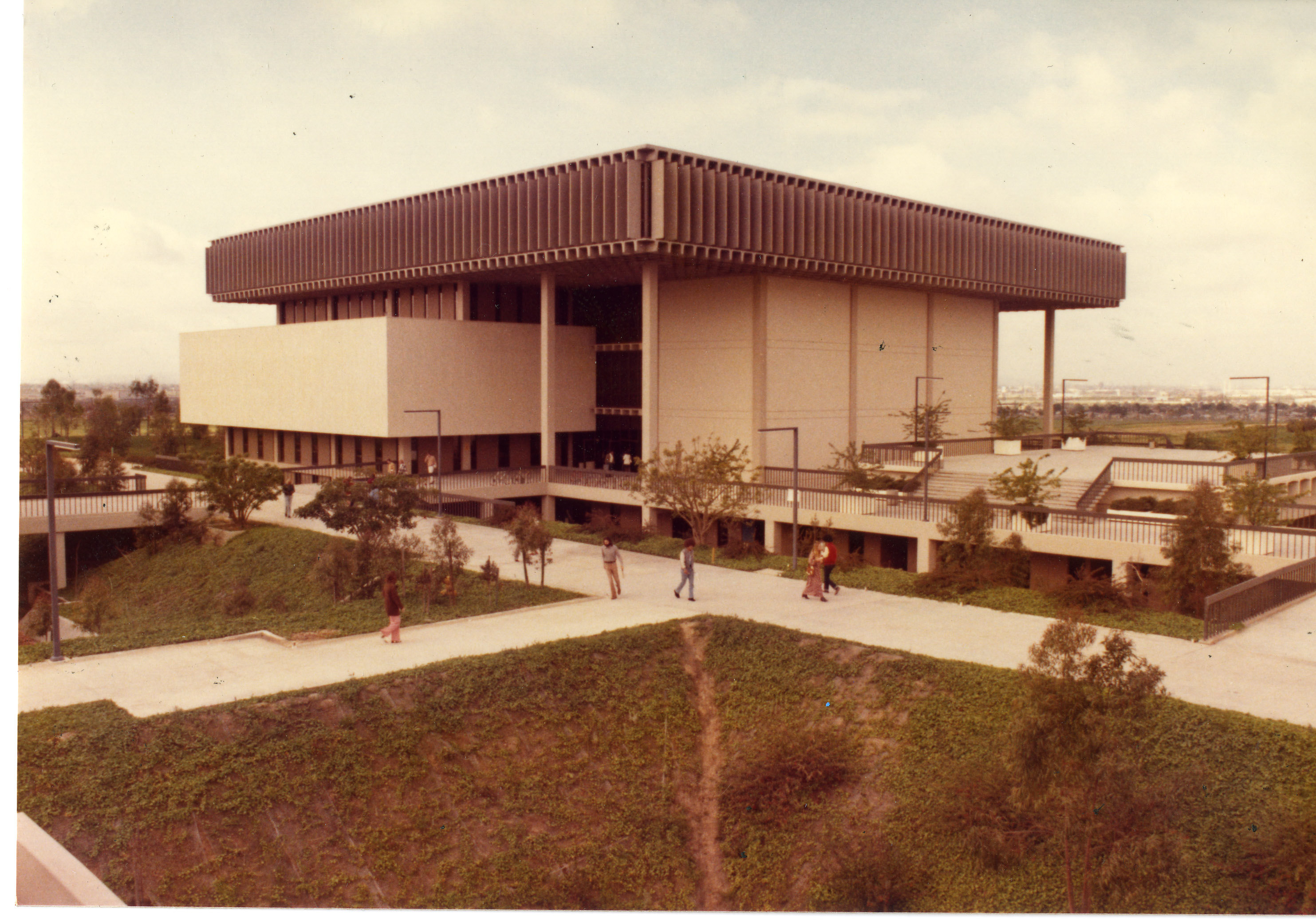 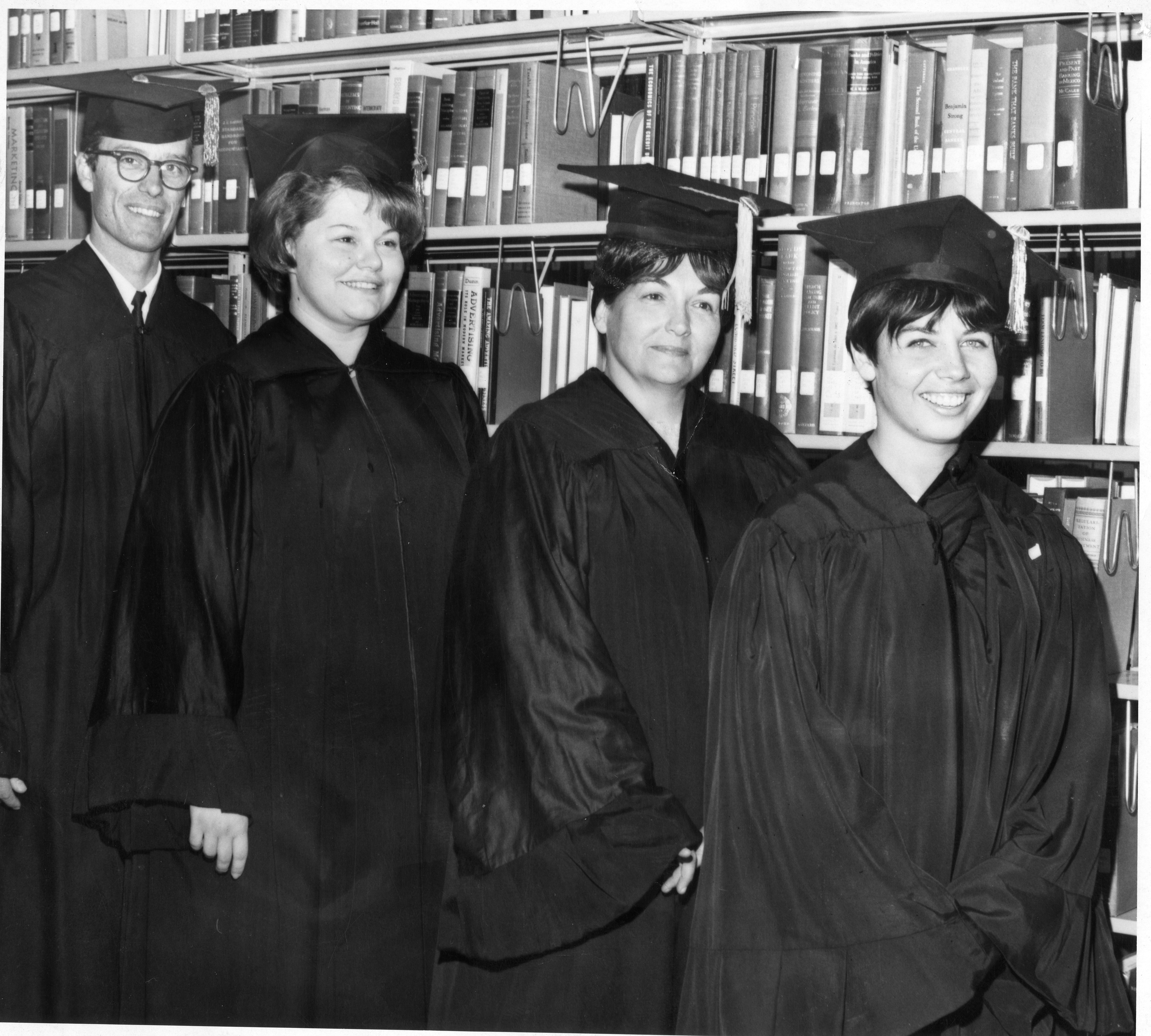 These collections document the history of the university, from the 1960 charter establishing the mandate for a college in Los Angeles County's South Bay region to planning and building of the campus at Dominguez Hills. Materials in the collection include correspondence, building and curriculum plans, operational specifications, city resolutions, petitions, newsclippings, and photographs. Photographs have been removed to the California State University Dominguez Hills photograph Collection.

When negotiations for a permanent  campus in Palos Verdes fell through, the search for a new site began. A number of possible sites were considered, with the final three sites being in Torrance, Fox Hills, and an unincorporated part of the South Bay called Dominguez Hills. the Dominguez Hills site was part of the historic Rancho San Pedro region, giving it a connection to one of the largest and most important of the great Southern California ranchos. Additionally, the Dominguez Hills site was close to the South Central area of Los Angeles, and could best serve the Board of Trustees's goal to provide a university for the underserved and underrepresented populations of the region. The site was selected in 1965, and the land purchased from the Dominguez family companies -- the heirs of the Rancho San Pedro.

A temporary campus was built quickly by famed contractor Ray Watt, and the first classes of California State College, Dominguez were held in 1966. The Watt Campus, as it was called, was located on the north side of Victoria Street in what would soon be incorporated as the city of Carson. The permanent campus began construction across Victoria Street, with the first classes held there in 1968. Classes continued to be held on both campuses until 1970, when all classes were held on the permanent campus.

In 1977, the Board of Trustees conferred university status on the institution, and the campus officially became known as California State University, Dominguez Hills.