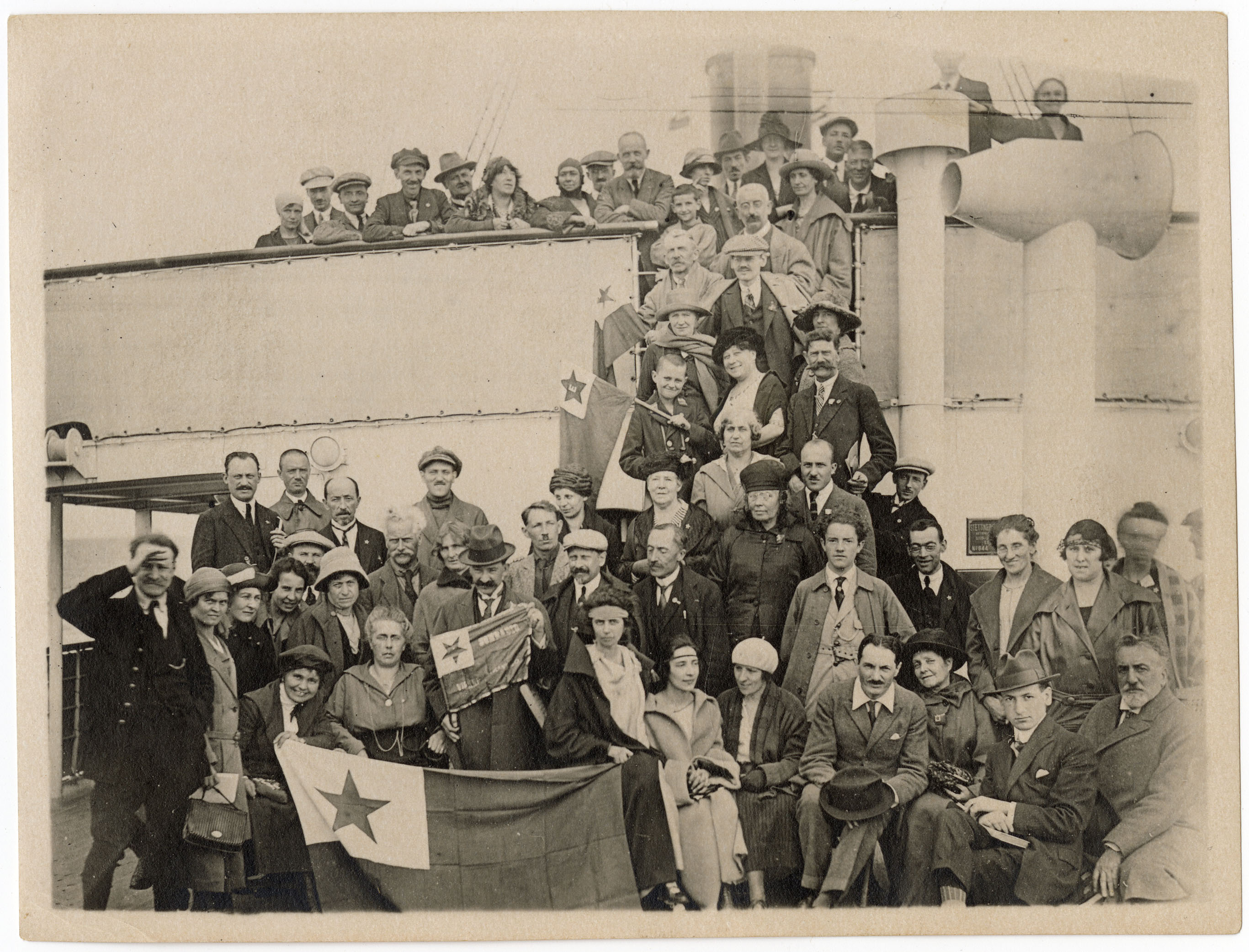 Group of people on a boat

Group of people, possibly an Esperanto club or Congress, holding Esperanto flags on a boat. 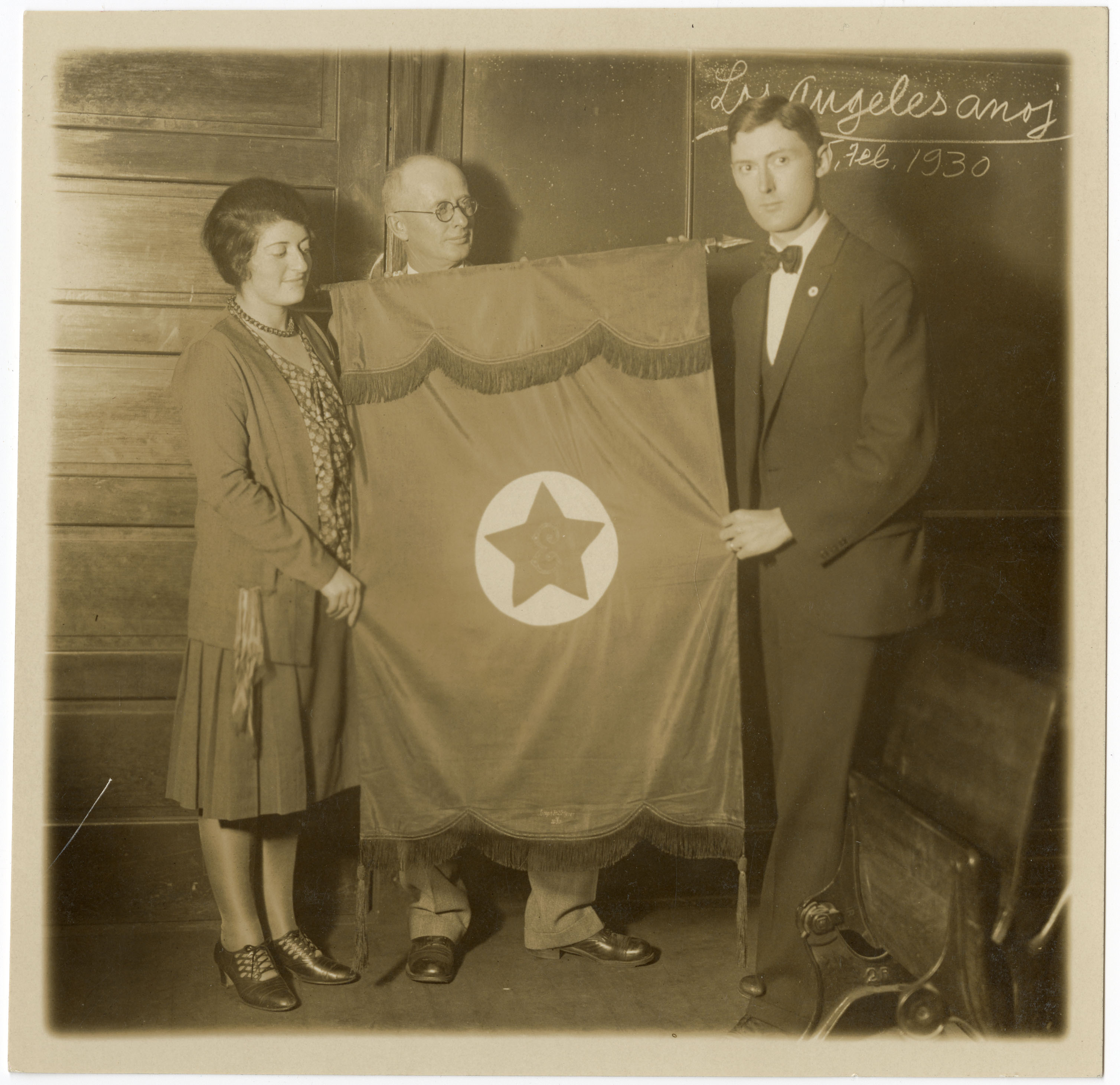 Joseph Scherer with two others holding an Esperanto flag 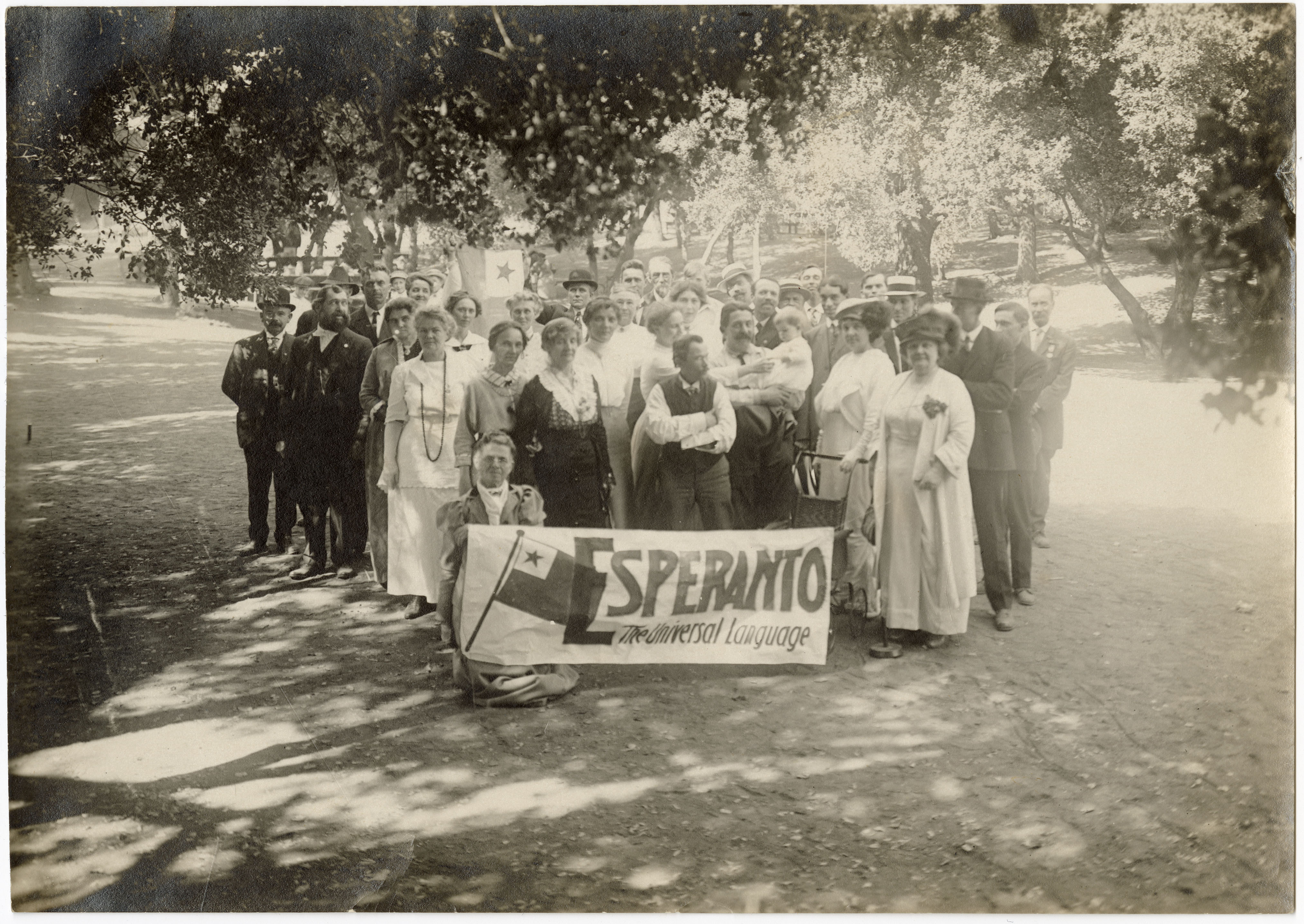 Men and women at an unidentified Esperanto club's picnic. 1910. 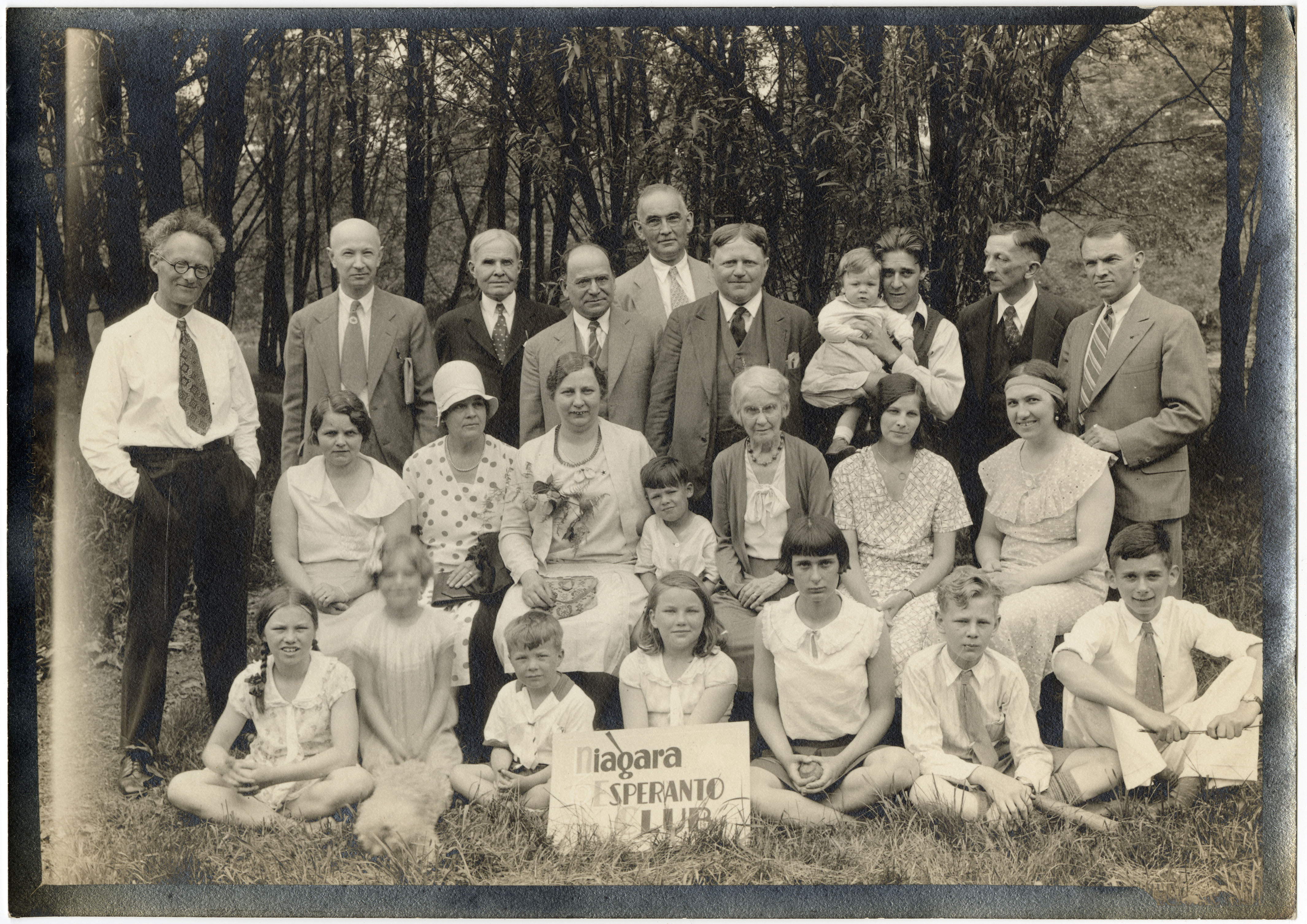 Photograph of the Niagara Esperanto Club members and their families. 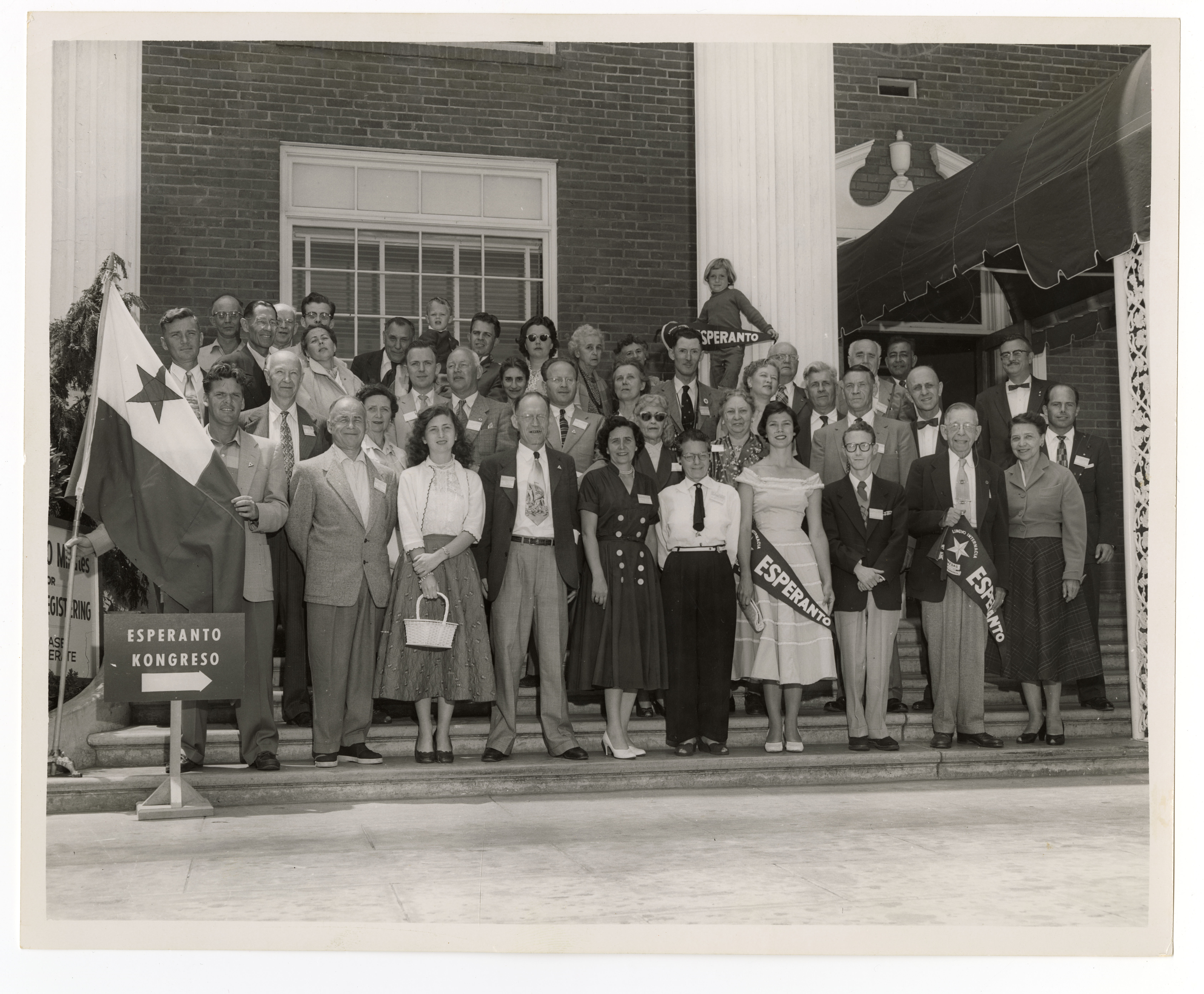 Congress members for the Esperanto League of North America (now Esperanto-USA) posing for a photograph at the Third Annual Congress. 1955. 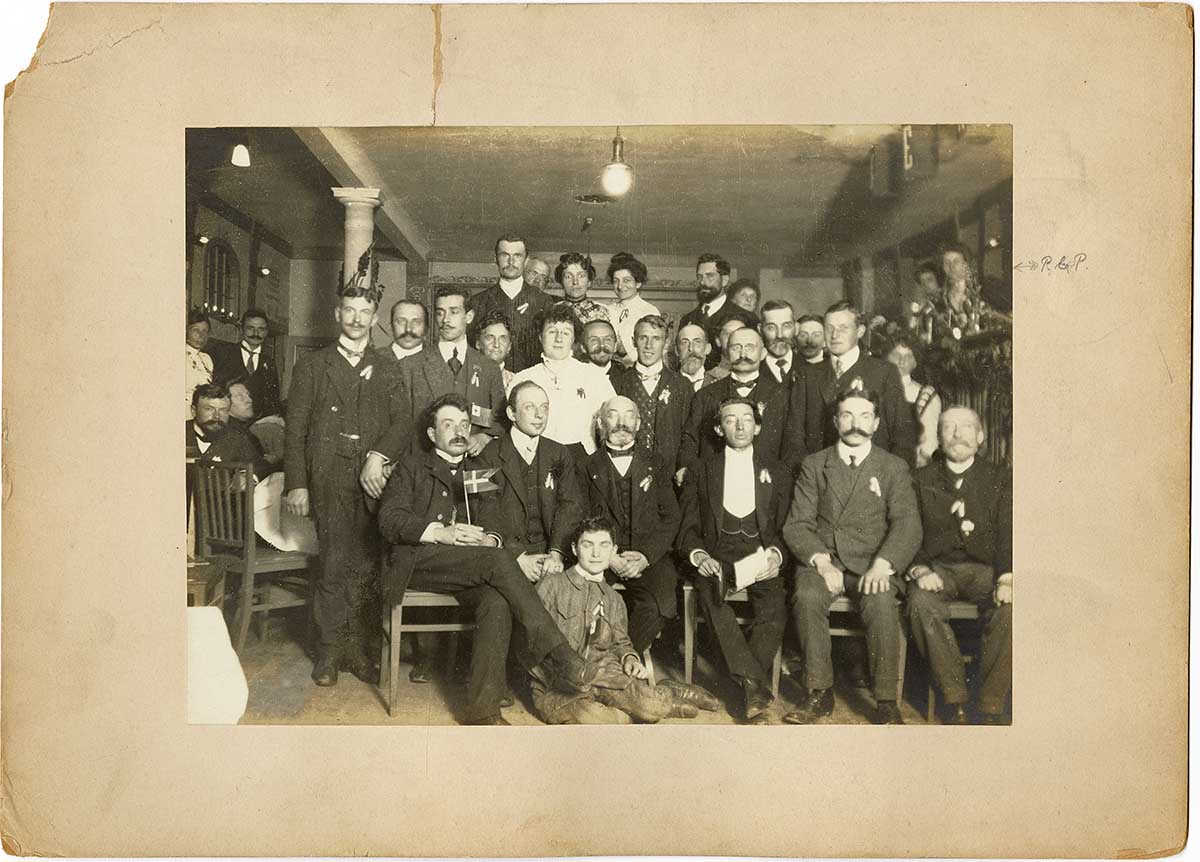 Browse selected items from the collection in our digital collections database.

Esperanto is a constructed language that was created by L.L. (Ludwig Lazar) Zamenhof in the late 1800s. Zamenhof was born in 1859 to a Jewish family and was the oldest out of four brothers and three sisters. His family lived in Bialystok, a city in Poland that had a history of being part of Prussian and Russian territory. Several different communities resided within Bialystok, including Jewish, German, Russian, and Polish, which created a linguistic and cultural divide. This divide was one of the influences Zamenhof used to create the universal language, Esperanto.

Zamenhof had his first banquet to initiate the new language in 1878, though his first book titled Unua Libro (First Book), which was not published until 1887. The Unua Libro was written in Russian, Polish, German, and French and mainly discussed the language and the idea behind it. The second book titled, Dua Libro was released a year later in Esperanto. The first and second books, along with Zamenhof's promotion of the language, increased its awareness. In 1888 small Esperanto groups began to form.

Today the language is spoken by about two million people worldwide. Congresses and meetups occur in different countries to promote the use of Esperanto and to connect people with interests in Esperanto.